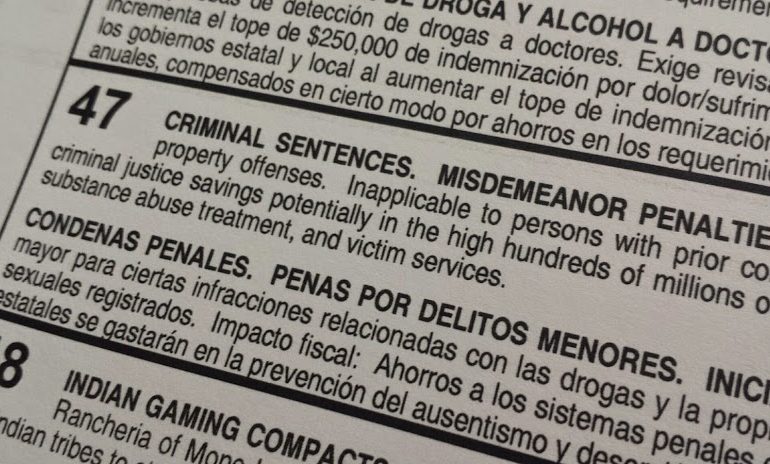 Proposition 47 takes effect November 4, 2014 and changes sentences for low-level nonviolent crimes such as simple drug possession and petty theft from felonies (or wobblers) to straight misdemeanors. The provisions of Proposition 47 are fully retroactive, setting forth a mechanism for relief for defendants who are either currently serving sentences or have already completed their sentences.

The above sentencing reductions to straight misdemeanors under Prop. 47 do not apply to those with one or more convictions for PC 667, subd. (e)(2)(C)(iv) which include several registerable sex offenses, homicide including attempt and solicitation, life in prison and death offenses; OR an offense requiring 290 registration.

If a person is serving a sentence for any of the affected statutes, a person may petition for a recall of sentence before the trial court that entered the judgment of conviction. This recall of sentence will be granted unless the court finds that resentencing would pose an unreasonable risk of danger to public safety.

If you or someone you know could be affected by these changes in the law contact our office for a consultation to see if Nicholas Rosenberg can help you.