Welcome…
I am Nicholas Rosenberg, a Los Angeles Criminal Defense and DUI Attorney that defends those arrested and charged with DUI in and around Los Angeles.

People who don’t take DUI seriously and then casually decide to represent themselves in court without legal representation – are making a critical mistake. Speeding ticket? Represent yourself! DUI – what are you thinking? The system is stacked against you. In fact, representing yourself, every word out of your mouth will likely be inserted into the State’s Criminal Case against you. It is almost always a foolish decision.

Defending yourself in a criminal case is always a bad idea. It is such a bad idea, that in most courtrooms, the judge will not even allow you to attempt self-representation without acknowledging and signing a waiver.

Now let me share with you just 10 DUI Mistakes I have learned:

1. “The arresting officer said I was over the legal limit, I’m done for.”

Not necessarily. Just because the law enforcement officer thinks he or she knows what your blood alcohol level is does not matter. What matters is what the government can prove to a jury beyond a reasonable doubt. Reasonable doubt can be one mistake the police make. There are a lot of factors the cops and prosecutors will not tell you about that can affect the reliability (and admissibility) of breath and blood testing. This is not a simple process of just pressing a button and blowing. What the cops say, or the machine shows, is just the start of the case: and it is only one piece of a big puzzle.

So VERY wrong. A first time California DUI conviction is, at best, a misdemeanor, which has the possibility of up to one year in county jail. Unfortunately, the possibility of jail time is just the beginning. On a regular ticket you can pay a fine, and for the most part it goes away. A DUI carries a lot of additional hardships that follow you around for years. People who are charged with a misdemeanor have the right to an attorney and would be strongly advised to get one. Those arrested for DUI will not be given a break by the judge or prosecutors: frankly they have NO CHOICE as society as a whole, and a number of highly-motivated citizens group are breathing down the necks of both judges and prosecutors to throw the book at ALL who are arrested for DUI – no matter the circumstances. This is not speeding ticket.

NOT true. You can’t just pay a fine and be done with it. People do go in and plead guilty, pay a fine and think they are done. But, they come to find out later that they are facing bigger problems because they did not really understand what was going on in court. The penalties are very stiff, including jail time of up to one year on a first time California DUI. If you are convicted of even a first time DUI in California, you are looking at years of probation, suspended drivers license, years of increased insurance rates, fines, fees, court costs, treatment programs, breath testing ignition interlock device installation on your car, as well as immigration or international travel problems, and a conviction on your permanent record. Some, if not all, of these penalties can be lessened or eliminated with the help of a good DUI attorney.

Yes many people do go to court on their own… but do they know what to do once they get there? As mentioned above, a lot of people get into more trouble (driving on a suspended license, failure to appear, probation violations, jail time) because nobody took the time to explain to them what they were doing, and what they would have to do in the future. Each courthouse in Los Angeles County has a different procedure for handing DUI’s. Each judge may also have a way they like to handle DUI’s as well. A qualified DUI attorney in the Los Angeles Area is going to know which judges to stay away from, and where your best bet is to work out a deal if you can. An experienced DUI attorney can help you to decide when and what plea to enter, what motions to file and when, and when and how to get a case before a jury if necessary. If you don’t know how to get through the entire process, you may be able to go to court on your own… but you really should not.

5. “I will talk to the DMV myself about why I need my license.”

Bad idea. The California DMV and the Hearing Officers at the DMV Offices do not care about why you need your license, and they don’t care if you will lose your job if your license is suspended. They are merely interested in keeping their jobs; and that means suspending every license that the law will allow them to suspend: that is a bureaucrat’s best possible action to stay “safe” from potential future blow-back from being a nice or caring person. The Hearing Officers are not lawyers or judges, and they are not looking to be fair. An impassioned speech about why you need your license will not admit or exclude evidence from a hearing. In order to win a DUI APS (administrative per se) hearing, one must pay close attention to the details of the Departments’ “evidence” and make the proper legal, factual and scientific arguments.

6. “I think the breath test was done right. The cops told me to blow, and after the thing beeped they arrested me.”

Breath testing is complicated business, and if not done correctly can have very misleading results. The breathing testing unit itself must be properly maintained; but, even if it is working perfectly it can still have errors that cause it to give a false high reading. An experienced DUI attorney will be looking for hidden signs that the breath testing device was not used properly, and could have given an incorrect reading.

7. “I did the field sobriety tests perfectly.” 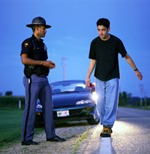 Maybe you did — maybe you did not. The real question is, did the cops give the field sobriety tests properly? A person who is taking a field sobriety test cannot always tell how they are doing. After all, you cannot see your own eyes during the eye test, and the cops are not telling you what they are looking for in any particular test. The truly important information is how you were told to do the tests, and how the results were documented. If the officer gave you standardized field sobriety tests, (such as Horizontal Gaze Nystagmus, Walk and Turn, and the One Leg Stand) there is a standard way to instruct and score the tests. If the officers did not instruct properly, the tests do not mean much.

The judge may not have a choice. There are certain minimum penalties; and, depending on the charges you could be looking at mandatory jail time. In California, a first-time DUI conviction carries a minimum of 2 days in jail. The right attorney will know what to do to fight these charges and give you options and keep you out of County jail.

Talking too much gets people in trouble ALL the time. You have the right to remain silent, USE IT. People often think they can explain away driving, performance on field sobriety tests, odor of alcohol, breath test results and the like. All this does is educate the prosecutor and annoy the judge, or worse cause the judge to increase the burden on a defendant. Talk to your DUI defense attorney, and ONLY to your DUI defense attorney.

You can’t afford not to hire a good DUI defense attorney. It is usually true that good lawyers are not cheap, and cheap lawyers are not good… but with some investigation you can find a good lawyer at a fair price. Without proper representation you will likely end up spending thousands of dollars more than you have to, and wasting your time as well. A good DUI defense attorney in California will likely save you more money than they will cost you.

If you would like to discuss your DUI case with an experienced and professional DUI lawyer, please give me a call. Additionally, I would be happy to give you a free consultation and discuss the strengths of your case.